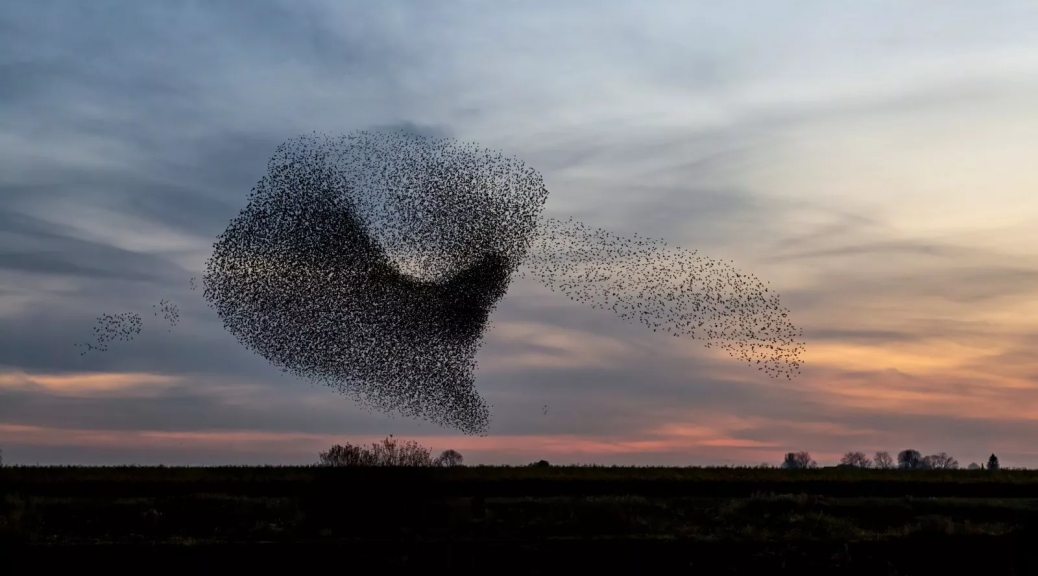 A growing body of research suggests human behavior on social media is strikingly similar to collective behavior in nature.

While much is still mysterious and debated about the workings of murmurations, computational biologists and computer scientists who study them describe what is happening as “the rapid transmission of local behavioral response to neighbors.” Each animal is a node in a system of influence, with the capacity to affect the behavior of its neighbors. Scientists call this process, in which groups of disparate organisms move as a cohesive unit, collective behavior. The behavior is derived from the relationship of individual entities to each other, yet only by widening the aperture beyond individuals do we see the entirety of the dynamic.

ideas and links on the study of culture and trends